Hi, I am Meri from Bethel’s Indonesian Service. I would like to testify the Lord’s greatness.

Since May 2019, my older sister was sick. It started with a stomach pain but eventually she was brought to hospital. According to the test result from the hospital, she had high blood pressure and that caused the kidney to not be able to work properly.

She had difficulty eating and vomiting. She was given medication and was to go back to the hospital for checkup every few days. For weeks, she didn’t get better. She was brought to other doctor and even specialist, but the result is the same – high blood and symptoms of kidney failure. She had been in and out of hospitals for quite a number of times because of this.

Praise the Lord since BIF has Bible class. We started our group prayer and my group members supported me in prayers for my sister. On 29 September 2019, my sister was admitted to the hospital again because of anaemia and she needed blood donor. She stayed in the hospital for a week to go through all the different tests.

Praise the Lord, her symptoms for kidney failure was totally gone. Previously she could only lie down or sit. Now she can walk freely. To God be the glory. Thank you! 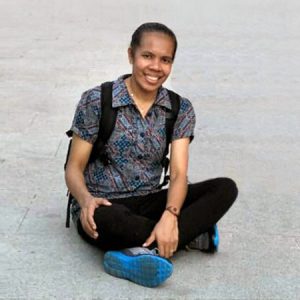